According to him, the protests are the only solution if "Becic and Krivokapic continue to rule with the help of the DPS." 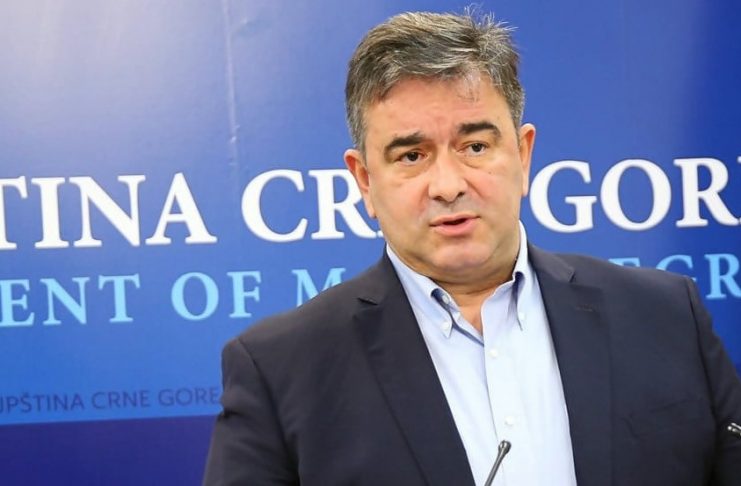 The president of the Movement for Changes, Nebojsa Medojevic, said in a statement for Pobjeda that the Democratic Party of Socialists had returned to parliament to save, as he said, the illegitimate government of Zdravko Krivokapic and the illegitimate parliament of Aleksa Becic. He added that the street is an option if this unsustainable situation continues.

– Protests are, of course, a democratic and legitimate means by which only this unprecedented betrayal and voter fraud can be prevented, and we in the DF have proved to everyone and shown that we are always ready to defend the will of voters – said Medojevic in a statement for Pobjeda, commenting on the return of the strongest opposition party to parliament.

According to him, the protests are the only solution if “Becic and Krivokapic continue to rule with the help of the DPS.”

– It would be a kind of coup d'etat and betrayal and fraud of voters from August 30, 2020, who voted for the DPS regime to be dismantled, thieves arrested and looted property returned to the state, and not for Democrats and former owners of Vijesti to rule with DPS – he said is Medojevic.

The leader of the Movement for Changes reminded that the removal of Minister Vladimir Leposavić by the votes of the DPS, in the political sense, already represented the crossing of the red line by Krivokapić and URA, which means a gross violation of the will of the voters.

– All those people who voted for the coalition “For the Future of Montenegro”, “Peace is our nation” and “Black and white”, did not vote for a coalition with the DPS. With this move, Krivokapić publicly made official what we have known for a long time. He constantly meets secretly and publicly with Djukanovic, and they agree on politics and share the same policy. When we tried to adopt laws that would clear the voter lists, and after the tragicomic protests of the DPS, Krivokapic agreed after the meeting with Djukanovic to withdraw those laws and stop the protests of the DPS – he said.

DF, as Medojevic states, only respects the constitutional order, basic democratic rules and immediately after the public manifestation of the coalition of Krivokapic, Ura and DPS with the tacit consent of the Democrats, we said that Krivokapic does not have our support and proposed a clear solution: forming a new government with the new prime minister, calling on minority parties to participate in the government.

When, as the leader of PZP said, we saw that the Democrats and URA support this government even after the coalition with DPS, we withdrew the only possible move, and that is a boycott of the parliament because it is unsustainable that the government and parliament want to continue working. only 14 deputies out of 81.

– The boycott of the DF immediately gave the result because the embassies of important countries were faced with a blockade of the work of the illegitimate parliament and the government and put pressure on the DPS to return to the parliament and thus offer a helping hand to Becic and Krivokapic. Apart from the pressure from the embassies, the DPS believes that this incompetent and ridiculous government is good for them every day, because “experts” make such nonsense and mistakes that benefit the former regime – stated Medojević.

Asked about further steps, the leader of the Movement for Change said that it was time for the DF to be proactive and to prepare a democratic response to this coalition of Democrats, Ura and Krivokapic with the DPS and prevent the DPS from returning to power.

– Protests are, of course, a democratic and legitimate means by which this unprecedented betrayal and voter fraud can only be prevented. We in the DF have proved to everyone and shown that we are always ready to defend the will of the voters – Medojević concluded.