Tricks do not help, the government is degraded, institutions are destroyed, elections are inevitable 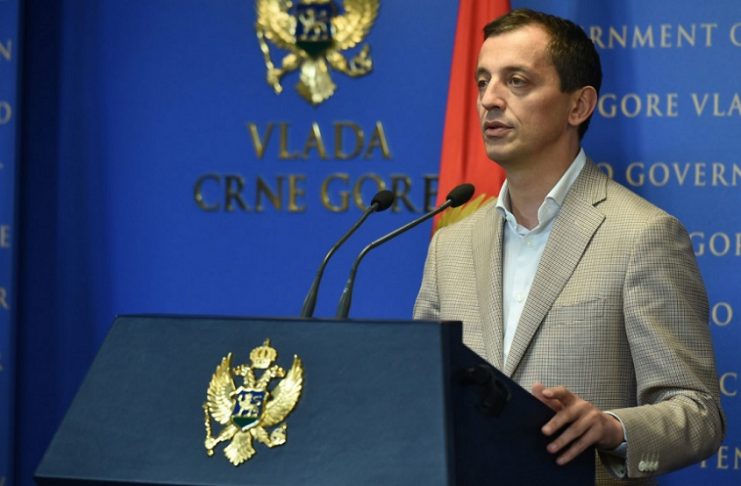 The MP of the Democratic Party of Socialists in the Parliament of Montenegro, Predrag Boskovic, told Dnevne novine that the current government has destroyed everything that has been created during the past period to build a modern, stable state, a reliable partner, and that the international community has become aware of that, which is evidenced by the concerns of NATO members, expressed through the words of a US official at the recent Forum in Budva.

“The DPS has been warning for months that certain personnel solutions in the security sector (including the highest positions in the Government and the security sector) are not good and that they can jeopardize the hard-won trust of countries with which we work closely within the NATO alliance. We have been talking and warning about the influence of Serbia and Russia for years, and that influence has become even more intense since the formation of the Government, because pro-Russian and pro-Serbian politicians have been given the opportunity to act and work in state institutions,” Boskovic warns.

The statement of US Deputy Assistant Secretary of State Gabriel Escobar at the 2BS Forum in Budva, that there are concerns among NATO members about the influence of Serbia and Russia on Montenegro, that it is risky to share all information with the new government, caused real confusion in Krivokapic's cabinet. You participated in the Forum. How did you interpret Mr. Escobar's words?

BOŠKOVIĆ: The message of the Deputy Assistant Secretary of State of the USA, Gabriel Escobar, can only be interpreted as it was announced. Therefore, Escobar, as an experienced diplomat, clearly told the authorities in Montenegro that there is a fear among our NATO partners that certain information will be shared with the Montenegrin government, which is under the influence of Serbia and Russia. The DPS has been warning for months that certain personnel solutions in the security sector (including the highest positions in the Government and the security sector) are not good and that they could jeopardize the hard-won trust of countries with which we work closely within the NATO alliance. We have been talking and warning about the influence of Serbia and Russia for years, and that influence has become even more intense since the formation of the Government, because pro-Russian and pro-Serbian politicians have been given the opportunity to act and work in state institutions.

The government tried to minimize Escobar's message, even accusing the media of misrepresenting it…

BOŠKOVIĆ: The way in which the Government tries to interpret Escobar's statement is counterproductive and reminds of the period from the end of the 1990s when politicians close to Milošević commented on the messages of the then Western diplomats in a similar way. We all know what this has led to, and it is Mr. Escobar who mentions it in his statement, that it will be a sanction and isolation for those politicians who are trying to impose something that the citizens of Montenegro rejected 20 or more years ago. This was confirmed by the vote of independence in 2006, and the stamp on all that was given by NATO membership. I think that individuals from the Government address foreign diplomats who do not think like them in an incorrect way, which harms all of us. I believe that we are in the phase of finishing the work of this Government and that things will soon return to the right path, and that is that no NATO member state ever thinks of doubting our firm commitment when it comes to Euro-Atlantic integration.

Prime Minister Zdravko Krivokapic joined from his cabinet in Podgorica, and began his statement by saying that he was uncomfortable that he was not reporting from Dubai or the Virgin Islands. He also accused the Digital Forensic Center of spinning information. Do you have a comment on such an address by a prime minister on an important forum?

BOŠKOVIĆ: Prime Minister Krivokapić speaks best about himself with his performance, and with such an address he only confirmed our position that he did not live up to the duty he performs and permanently discredited himself with everything he has been doing since December 4, 2020.

Krivokapic could not even attend the Forum in person because he was not vaccinated, so maybe he should have started his address like that, to explain to people what it is like to be the only prime minister of a European country who is not immunized. When you have such a person who is not responsible for himself and his health, and then for others, all he says is a futile story because no one takes him seriously for a long time except perhaps his immediate family, since we are witnesses that a good part of his ministers, members of the Government and his cabinet canceled obedience and fled from him.

Krivokapic said that trust in NATO and the EU had increased by at least 10% since the change of government in Montenegro, as well as that “democracy in Montenegro has never been more pronounced” than since he came to power with his coalition partners. What do you say to this?

BOŠKOVIĆ: The claim that the support for trust in NATO and the EU has increased by ten percent makes sense, because the citizens saw who our prime minister is, so they decided to support the opposite values ​​that Krivokapić stands for. The Prime Minister did nothing to increase the support because he launched all possible force and misused the property of the Army of Montenegro in order to enthrone the clergy of the Serbian Orthodox Church, and attacked the youth of Cetinje with tear gas and rubber bullets. The Serbian Orthodox Church is an organization that has essentially fought against Montenegro's membership in NATO in every way, and it is their leaders who often sharply attack the European values ​​that we have adopted, such as same-sex partnership and the like.

Concrete examples speak best about the democracy of this government, so let's just remember how many officials were fired without explanation, only that they support Montenegro and its independence. I understand why Krivokapić himself praises his own achievements, because no one else will do that, since even his closest associates are aware that this is a story without a basis. The Prime Minister has long been “a sad orphan without anyone going”.

How do you comment on the visit of the Deputy Prime Minister Dritan Abazović to the convict for the murder of the first police operative Šćekić, in order to allegedly find out something about the murder of the editor of Dan, Duško Jovanović. Do you know that something similar has been seen in regulated states?

BOŠKOVIĆ: Abazović's visit to one convict is an unprecedented scandal and degradation of the institution of the Government of which he is a member. I am not disputing anyone's right to visit prisoners, but Abazovic also had other methods by which he could obtain certain information. What initially compromises all that is that the prisoner will allegedly reveal information about the murders, and such an associate witness was asked for everyone separately for the judicial authorities. The question that arises is what the motives are, and what is the evidence for such claims. It is also very interesting for the public in Montenegro, who arranged that meeting for him and what are the motives, as well as the issues that arise from it, and there are many of them, because the names of some other ministers are mentioned in the whole story. We politicians should create and improve the environment and conditions to solve every murder that has happened in the past and leave it to the professionals. I am afraid that such direct interference by Abazović or any other politician will make all this meaningless and thus negatively affect the clarification of these and other cases.

Abazovic also announces that he will continue the “investigation” based on the information he received from the convict who is serving a 30-year sentence for the murder of Scekic, and that no one will stop him. What, exactly, is this all about?

BOŠKOVIĆ: Honestly, I don't know what this is about. What I see is that Abazović imposes himself in that case as a police officer, then a prosecutor, and knowing his political character, he will also become a judge in that case. This is what we have to fight against if one person from the Government conducts investigations and does what is the job of the police-prosecutor bodies and the judiciary. However, I think that this is another marketing trick of Abazović in order to divert attention from the burning topic, and that is that the Government does not have a majority in the parliament, and that it is necessary to approach new elections.

The Ministry of Defense, which you headed until the Government's decision to take over this department, Oliver Injac, is shaken by scandals and affairs. The latest is the setting of a competition for cadets who will be educated in Greece, ie the elimination of the best candidate just because he is the son of the state prosecutor…

BOŠKOVIĆ: The best assessment is given by our NATO partners who now see us as a black spot on their map, precisely because this Government has managed to destroy almost everything we did before it in almost a year. Just look at the daily work of the defense department, and you will see that not a day goes by without some scandal or some new affair.

I am familiar with the case of cadet Marko Mitrović from the media, and the case itself is a bad message for all young people who will think carefully in the future whether to apply for similar competitions. However, the fact that this Government will soon be the former gives hope, so that such and similar phenomena will be just an ugly episode in the democratic emancipation of our country.