ABSURD The police are led by Brđanin, whom Krivokapić does not trust: Vukšić also wants the dismissal of the director of the Police!

Obviously, Vuksic could hardly wait to speak out against Brđanin, because it has long been rumored that he has his favorite for the new director of the Police. 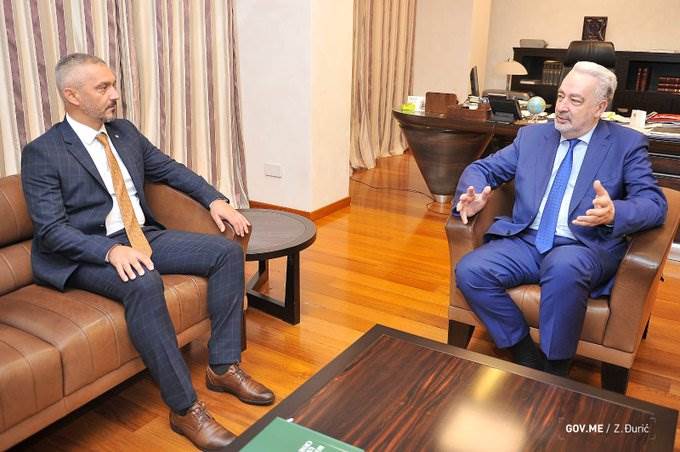 Yesterday, at the session of the National Security Council, Prime Minister Zdravko Krivokapić again requested the removal of the director of the Police Directorate, Zoran Brđanin. This was announced after the session by MP Milan Knežević, who attended the meeting.

Let us remind you, Aktuelno recently announced that Krivokapić has been trying to remove Brđanin for some time.

According to Knežević, Krivokapić insisted that due to the events in Cetinje on September 4 and 5 and Brđanin's attempt to postpone the enthronement of Joanikije. The attempt to remove Brdjanin took place at a session that was not attended by his greatest protector, Deputy Prime Minister Dritan Abazović, who is officially in the United States.

The difference in relation to the previous ones is that Krivokapić did not ask for the removal of the Minister of Internal Affairs, Sergej Sekulović. However, Knežević is persistent in not having either Krivokapić or Sekulović in the Government, and he cites the words of the Prime Minister, ie the Minister of Police, as an argument for that.

Brđanin has been in office since February, but after eight months Krivokapić does not trust him. This situation is absurd because it is completely unthinkable that the Police, as a very important body, has a person whom the Prime Minister does not trust.

Then the question arises whether the police system, which has been on a very shaky footing since the change of government, is being consciously tried to collapse, because there are many dissatisfied officials, and certain personnel solutions open up problems in everyday work.

On the other hand, Brđanin tries to present himself as a cruel professional and legalist, but it is unclear how he then accepts to perform the duty of director for a minute without Krivokapić's support. It is clear that the director of the police trusts Abazović, but he is lower in function than Krivokapić.

On the other hand, Krivokapić, whose blames we are used to, additionally confirms that the Prime Minister is without any authority, because it is inconceivable that he has been trying to remove Brđanin for a month, but he is increasingly withdrawing or postponing that solution.

In such an absurd situation, the question arises – who should be trusted more, Krivokapić or Brđanin? How can a police officer behave in such a confusing situation because he can be sanctioned by the director, and rewarded by the prime minister or vice versa!

The head of the ANB against a colleague

It is no surprise for Injac and Spajić that they support everything that Krivokapić is asking for, and Vukšić is also on his course. The head of the ANB, who is one of the first associates in office with Brđanin. Their relationship has been problematic since before because they are acquaintances from Kotor. Let us remind you, Brđanin used to be a local police chief, and Vukšić a lawyer. So they know each other very well, and it is known that they have not had nice words about each other since before.

They cooperate as much as they have to, and orders are often issued that police officers are not allowed to disclose ANB data or vice versa. Obviously, Vukšić could hardly wait to speak out against Brđanin, because it has long been rumored that he has his favorite for the new director of the Police.

For the whole new situation, it is clear that it is not sustainable.

And it's only a matter of days before everything comes to the surface.