PICULA FOR AKTUELNO: Montenegro has a problem with the instrumentalization of religion to achieve political goals

''The blame here should not actually be attributed to religious feelings, they are a private matter of every free individual in a secular state. The real problem is precisely in the instrumentalization of religion to achieve political goals. There was certainly an additional influence of religion on politics, and a noticeable politicization of religion,'' Picula said. 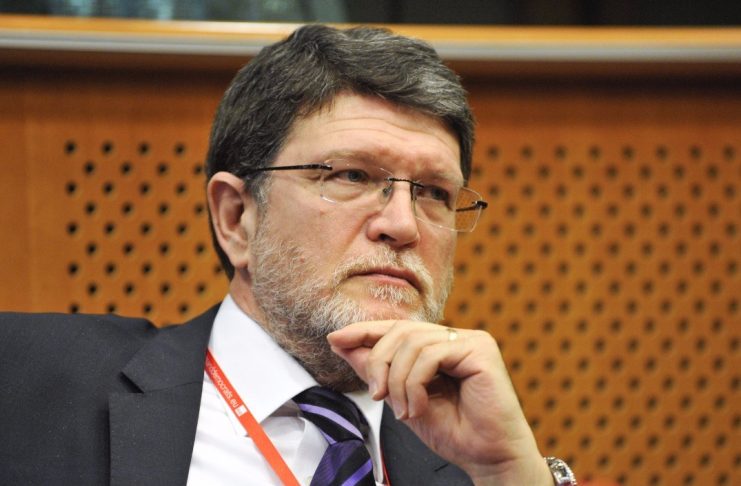 The rapporteur of the European Parliament for Montenegro, Tonino Picula, said in an interview for Aktuelno that in Montenegro there was an additional influence of religion on politics and “noticeable politicization and instrumentalization of religion to achieve political goals.”

Following the publication of the Progress Report for Montenegro, Picula said he was concerned about the slowdown in integration. Commenting for Aktuleno assessment published by the European Commission, he said that he thought that the report “accurately hits key neuralgic points in the observed period”.

“Of the delays presented, I am more concerned that the key findings of the Report have been practically publicly known since the spring, but not much has been done to substantially correct the situation. The report emphasizes that the past period has been marked by tension and mistrust between political actors, and the continuation of serious polarization. However, it should be emphasized how certain results were achieved, e.g. in the fight against organized crime. Of course, strengthening the rule of law and media freedom remains a serious problem. It is to be welcomed that Montenegro remains fully compliant with the EU's foreign and security policy,” Picula said.

The report notes that the negotiating structure has been significantly weakened by the resignation or dismissal of 110 of its members, including 16 chapter negotiators and 24 working group heads, while some key ministries “have not shown enough commitment and constructive engagement in the new EU accession process.”

Picula estimates that these moves certainly contributed to the final outcome of the report, adding that it was clearly emphasized that tensions between the executive and the legislature have slowed down reform work.

“It is also stated that the change of government significantly affected the state administration. Croatian experience e.g. shows that for the success of the negotiations, it is necessary that professional civil servants, ie career administrators who have been gaining experience and knowledge for years and, ultimately, develop professional relations with European negotiators, participate in them. Therefore, both have a better understanding of internal processes on both sides of the negotiating table. That is why I would like to say that a strong and depoliticised public administration is the key to progress. Montenegro is not a big country, so it must optimize its staff and have a strong management responsibility and professional commitment to EU accession,” Picula said.

He estimates that the foundation of every secular and democratic society is the separation of church and state, that is a clear distinction between the secular and the spiritual.

“Montenegrin political and religious leaders have the greatest responsibility in justifying the trust of the majority of citizens who continue to express great support for Montenegro's accession to the European Union. I really hoped that they would make better use of the opportunity to work to reduce tensions, and continue to work to create a modern, democratic multi-religious society in a country that should conclude EU accession negotiations by the end of the term of this European Parliament. But the blame here should not actually be attributed to religious feelings, they are a private matter of every free individual in a secular state. The real problem is precisely in the instrumentalization of religion to achieve political goals. There was certainly an additional influence of religion on politics, and a noticeable politicization of religion,” said Picula.

Asked whether our country is dominated by influences from the region, which further encourage tensions and polarization of society, Picula answered that the interests of foreign actors who interfere in internal affairs are definitely not the interests of Montenegro.

“These are certainly events where there was clearly a great interest of foreign actors. I would like to mention the local elections in Niksic and the enthronement of Metropolitan Joanikije, which in some segments reminded us of a time we hoped would belong to the past. The aggressive media campaign, especially through the pro-government tabloids in Serbia, did not choose the means to exert pressure and additionally heat up the already heated atmosphere. It certainly does not matter when such situations, which in a stable democratic society would pass peacefully, end up in the world media in the context of violence or unrest,” Picula points out.

He assesses that there are worrying allegations in the report that there has been an increase in incidents, religiously and ethnically motivated attacks and hate speech.

“This is worrying and I once again call for the mitigation of polarizations because they lead to rising tensions and futile waste of social energy needed for far more important goals. Politicians, as well as the media, must be aware of their responsibility and the importance of the public word spoken. I have often seen speeches and statements in the Montenegrin media that do not befit public discourse. That is why Montenegro must respond creatively and effectively to the recommendations presented by the Commission,” Picula said.

Progress in the area of ​​the rule of law, ie Chapters 23 and 24, requires a common goal, Picula said, adding that electoral and judicial reforms require a qualified majority.

“That is why numerous appointments were not possible, so they are still acting in a number of key positions. The report also states that the ruling majority often initiated or enacted laws under an accelerated procedure, without the need for comprehensive consultation. I believe that this does not pave the way for the conclusion of negotiations on EU membership. There is no doubt that strong political will is needed, better coordination of the executive and the legislature, but also a broader inter-party agreement that would guarantee the implementation of reforms crucial for EU accession. We have shaped this process in Croatia into an agreement called the Alliance for Europe. It was signed by all relevant political options regardless of mutual political differences. And they adhered to it until the country joined the EU”, concludes Picula.