Djukanovic to Popa: The current situation needs to be changed in a hurry, and I will continue to advocate that European integration be Montenegro's goal

Djukanovic thanked the ambassador for visiting and handing over the EC Report, which he points out is generally objective, ''but unfortunately also depressing'' with the need for a clearer political definition in some segments, ''to make sure that the picture of the cause is recognized in the EU, which is a precondition for eliminating shortcomings and improving the situation in the country ''. 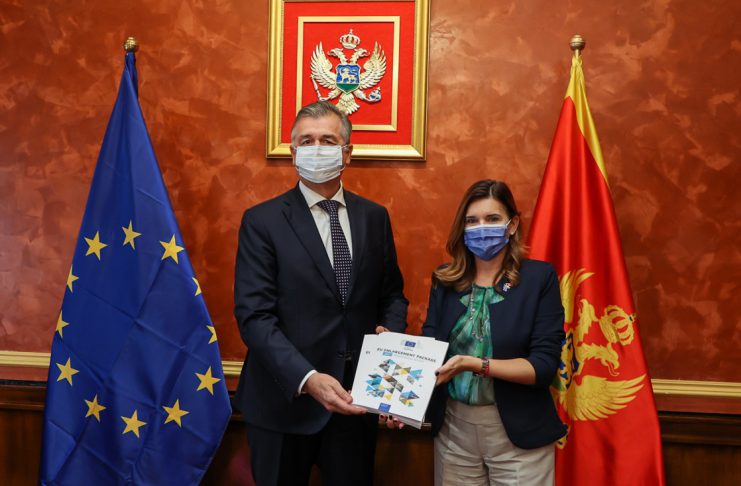 Montenegrin President Milo Djukanovic received the Head of the Delegation of the European Union to Montenegro, Ambassador Oana Kristina Popa, who presented him with the Report of the European Commission on Montenegro.

As they stated from the Cabinet, Popa expressed gratitude for the reception that she had the opportunity to hand over the Report to Djukanovic first, adding that it was written realistically, with a description of the current situation, indications of what was done and what was not, and precise instructions on what is urgently needed to work on in the near future.

“She reminded that the Report was made according to the new methodology, which, in addition to the chapters, recognizes the clusters and the obligation to meet the transitional criteria from the interconnected chapters 23 and 24, which is a condition for further overall progress. She emphasized Montenegro's stable support for European policy, as well as full compliance with EU foreign policy and security policy. At the same time, she reminded of the fact that no appointments were made in the judiciary, and that the Prosecutorial Council was not elected”, it is stated in the announcement.

In that context, the Cabinet notes, she especially emphasized the need for political dialogue in order to unblock these processes, which, as she points out, is clearly stated in the Report.

Djukanovic thanked the ambassador for visiting and handing over the EC Report, which he points out is generally objective, “but unfortunately also depressing” with the need for a clearer political definition in some segments, “to make sure that the picture of the cause is recognized in the EU, which is a precondition for eliminating shortcomings and improving the situation in the country”.

“It is especially worrying that progress has been recognized only in three areas, while stagnation has been recorded in as many as 13, which testifies to the Montenegrin side's lack of commitment to the desirable dynamics of integration in the previous period,” Djukanovic pointed out. 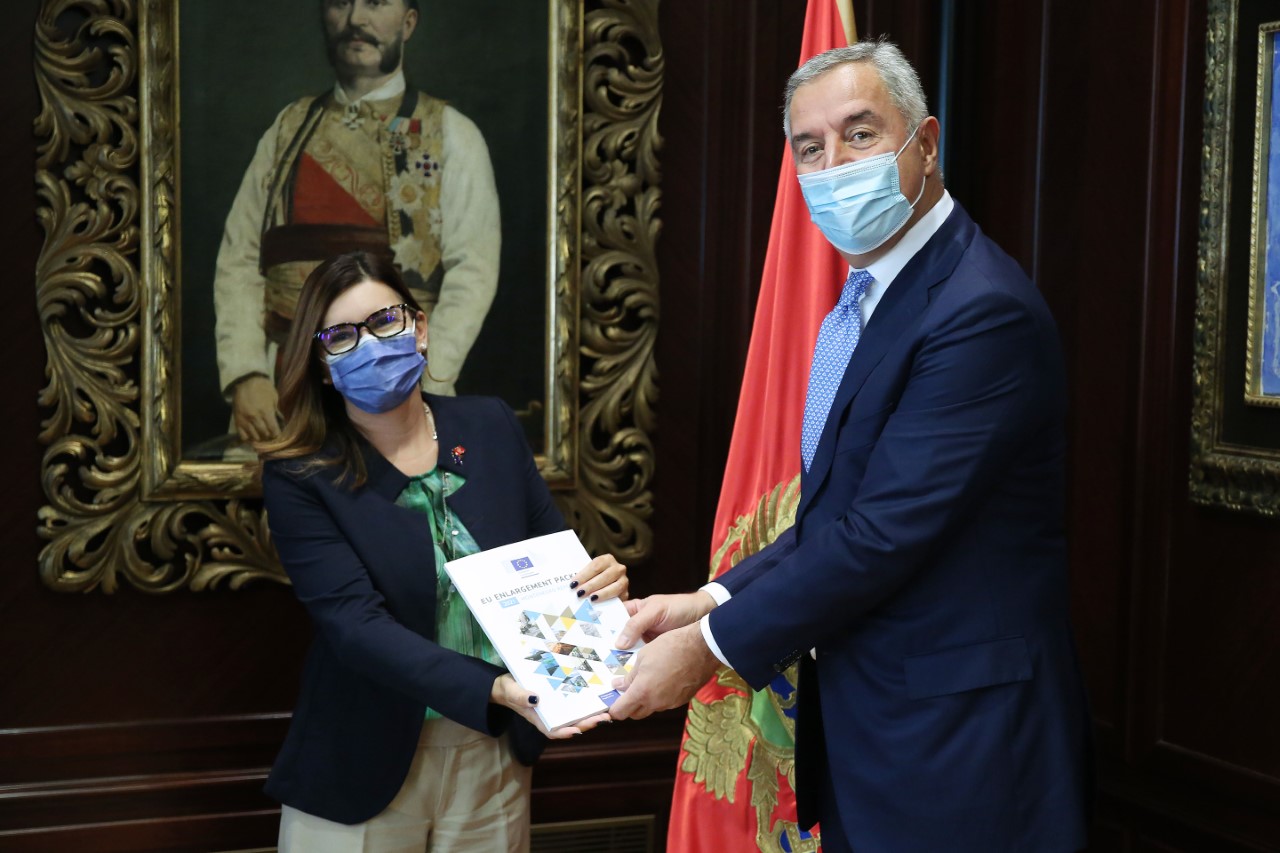 The president stressed that despite a certain stalemate in enlargement policy, the country's best response in the negotiation process is, as he says, to accelerate the pace and complete its part of the commitments.

“Although he is convinced that due to the lack of such an approach, the result of the Report is unsatisfactory, he believes that not everything is lost and that the negotiating structures should be consolidated and the commitment of the executive and other segments of society to return the European agenda as an absolute priority of every future government bearing in mind that the negotiating potential in the Montenegrin society exists”, it is added in the announcement.

With full understanding for the new negotiation methodology that has been accepted, Djukanovic stressed that “it is imperative that all countries in the region and the EC must work together to preserve a clear and unambiguous membership perspective for each of the candidate countries.” 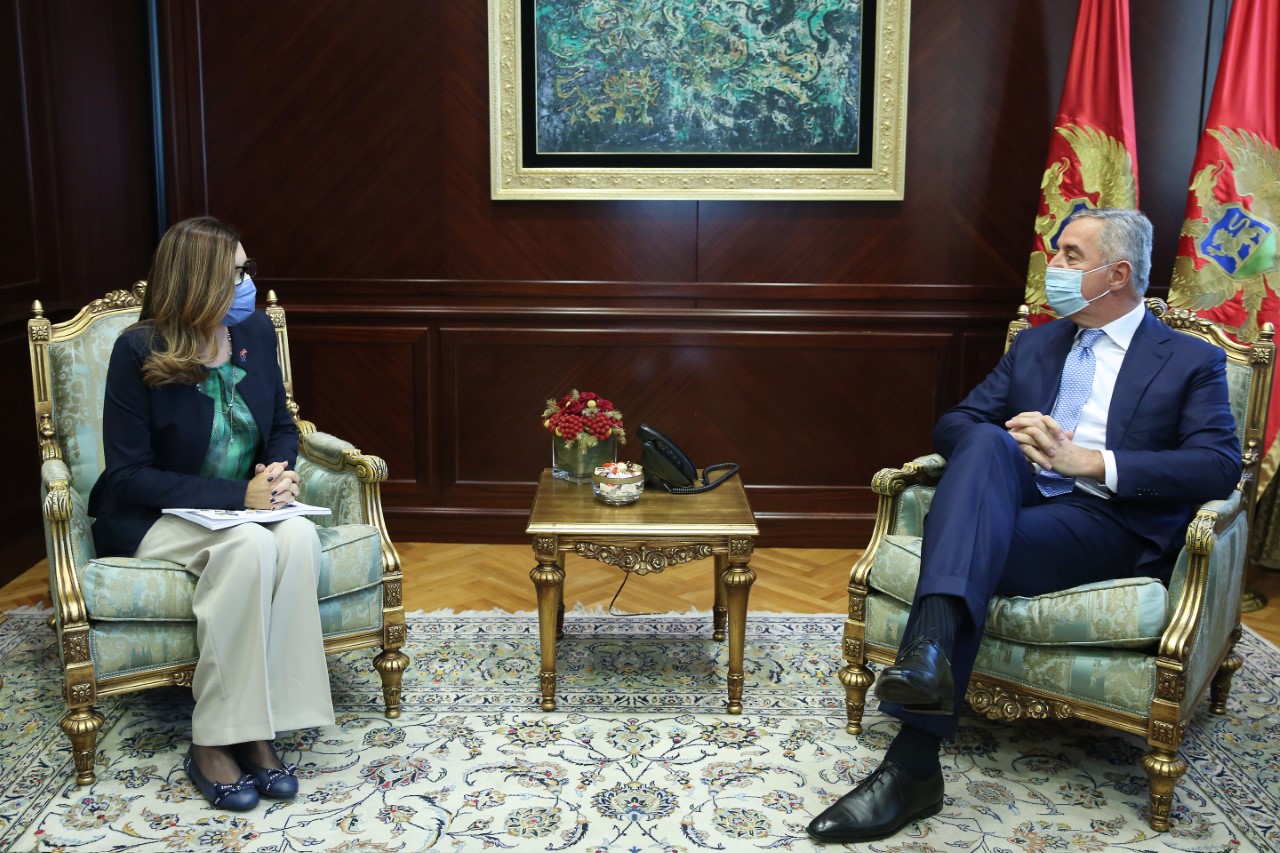 “Commenting the report in more detail, he especially referred to the dysfunction of the judiciary and the need to find a partnership solution for the blocked judiciary, as well as politically motivated ruin of public administration and the need for EU recommendations to protect against malignant influence, especially in the media. With the assessment that the current situation should be changed in a hurry, he said that he would continue to strive for European integration to be a strategic state policy of Montenegro”, it is emphasized in the announcement.

Ambassador Popa reiterated that the EU will be involved in supporting the region, and in partnership with the United States will continue to work in that direction, which, as she says, is “visible through the commitment of resources to fight malignant influences.”

“She concluded that the huge support of Montenegrin citizens to EU membership is our greatest wealth that must be preserved, improved and reflected in the policies and activities of all state actors, which the EU will strongly emphasize through the implementation of specific projects that improve the quality of life, who, regardless of their political orientation, are not satisfied with what has been achieved,” the statement reads.