CONFLICT Krivokapić again demanded the removal of Brđanin: Sekulović refused again, the Prime Minister is removing his staff out of revenge!

The meeting between Krivokapić, Brđanin and Sekulović was held on Monday night at around 8 p.m. The alleged reason was the report of the Commission that dealt with the events in Cetinje on September 4th and 5th 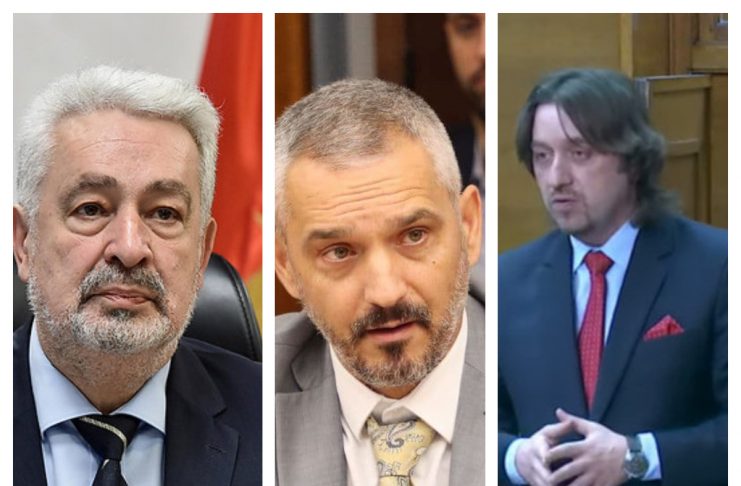 On Monday, Prime Minister Zdravko Krivokapić tried again to dismiss the director of the Police Directorate, Zoran Brđanin, Aktuelno has learned from sources close to the Government. However, this time too, he did not succeed in removing the first man of the Police, a month after the events in Cetinje.

The Minister of the Interior, Sergej Sekulović, was also involved in the whole story, and Krivokapić asked him to propose the removal of Brđanin, but he again gave a big NO. After that, the Prime Minister started the plan to carry out the revenge dismissal of all MUP staff in government working bodies or state-owned companies.

The meeting between Krivokapić, Brđanin and Sekulović was held on Monday night at around 8 p.m. The alleged reason was the report of the Commission that dealt with the events in Cetinje on September 4th and 5th. It should be reminded that Krivokapić announced at a press conference on September 7 that after the analysis, it would be decided whether Brđanin and Sekulović would be fired because they opposed the enthronement of Joanikije in Cetinje. According to the media, Krivokapić wanted to announce the dismissals of Brđanin and Sekulović that day, but everything was prevented at the last minute by hiring some diplomats and blackmailing Deputy Prime Minister Dritan Abazović that if that happened, his party URA would leave the government.

According to the information from our source, the meeting on Monday was at times stormy because Krivokapić tried in every way to make Brđanin to resign, at least at the beginning, so he would settle accounts with Sekulović later.

The heads of the Police and the Ministry of the Interior, probably overwhelmed by the support of diplomats and with the clear support of Abazović, remained firmly in their positions and rejected the proposals for voluntary resignations.

When Krivokapić realized that he would not get what he asked for, he demanded that Sekulović take steps as a minister responsible to him, but that did not work either. After almost two hours of negotiations, talks and persuasion, the meeting was interrupted in a not at all pleasant atmosphere.

Prime Minister Krivokapić insists on the removal of Sekulović and Brđanin in order to strengthen his position among DF officials and supporters in the negotiations on the government reshuffle, but also to prove the SOC as a person who “controls” all processes in the Government and Montenegro. By refusing, Krivokapić was slapped again, and it is well known that he always sanctions any such form of opposition.

And with the sanctions, Krivokapić started immediately. Thus, he received detailed information from his Cabinet about where and in which positions close associates and members of the team of Minister Sergej Sekulović were deployed.

– People will be removed from all positions covered by the people close to Sekulović, which the Government has appointed in previous months in order to provide them with an addition to the regular salary. The changes in the Board of Directors of a company where one of Sekulović's associates sits are already mentioned – our interlocutor specifies.

Krivokapić will not give up his intention to deal with Sekulović and Brđanin even during the reconstruction process, and he allegedly intends to assign that department to a person from the DF or the Democrats, thus ending the whole story. The only question is whether URA will give!?