Monk Seraphim: Politics and the church in Serbia are the fingers of the same criminal hand

Only police and judicial authorities can put an end to that. Documents and testimonies are ready, everything is already outside Serbia and it is easily accessible. If your organs remain silent, they will be accomplices in a decade-long crime 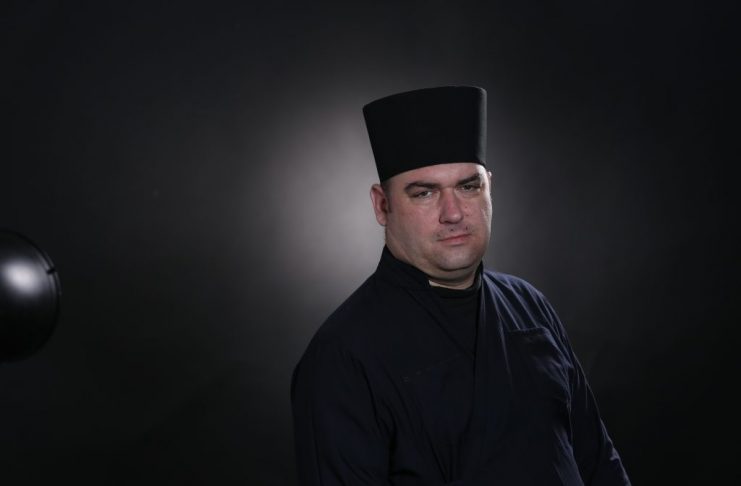 The public should understand that Montenegro is not at war with the church, but with people who have adapted the institution to their selfish needs, and who have been taught to wage profiteering wars and to live patriotically only when they need to trade national interests. All their statements are full of hatred and fear and best show how much the Serbian spirit has disintegrated and why Serbs cannot overcome life and national problems, former deacon of the Serbian Orthodox Church (SOC) Bojan Jovanovic said in an interview for the portal “Aktuelno.me”.

Jovanovic – who accepted the monastic name Seraphim in 1998, became known to the general public when he published a book in 2014. in which he exposed the homosexual-pedophile network within the Serbian Orthodox Church. One of the key people in that network was the retierd Bishop Vasilije Kachavenda, who, according to the allegations from Jovanović's book, “sexually harassed monks and children”.

Portal “Aktuelno” published a series of three texts in which, based on Jovanović's confession, we presented to the public how the Serbian Orthodox Church in Montenegro covered up cases of pedophilia, and tried to use them for political confrontations within the church. We also wrote that dangerous members of a criminal organization dressed in SOC robes were hiding on the territory of Montenegro.

Aktuelno: What is the situation in the Serbian Orthodox Church now, has anything changed since you went public in 2014 with the book “Mafia in the Church”?

It is always time to show human integrity, and it shows itself on a consistent approach to all challenges and problems. One of the most important starting points of Christianity is the principle and application of starting points, everything else is a grave sin. All public messages of today's Serbian Orthodox Church could be called extremely hypocritical and corrupt mockery of the fundamental Christian principle. Her hysteria shows her antisocial behavior. The Serbian Orthodox Church has to go through pedagogical enlightenment, I'm just afraid that it will last as long as its poisoning lasted. The church cannot and must not be run by those who threw it in the dust. They forgot the old, as we say in Serbia, peasant logic to appreciate only what is significantly different from the other. Therefore, the old privilege should be urgently removed and the new given a chance. Such people who will bring positive changes in the Serbian Orthodox Church exist and are ready to accept responsibility.

Yes, there will be more and more of these cases in public. Serbia's problem is that things are solved by pushing under the carpet. For decades, the Serbian Orthodox Church has been covering up the truth about pedophilia and sexual violence and trying to remove justice in an unjust way. That is why their bloody criminal hand is now reaching them in the form of a historical upheaval, when they will be exiled. 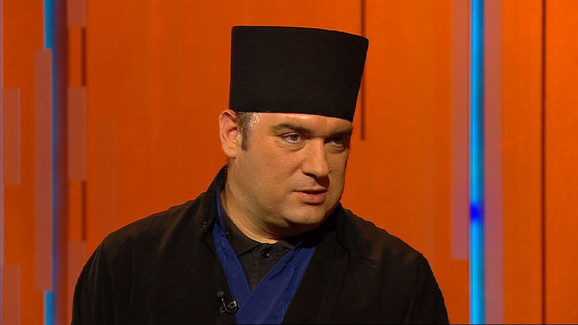 Aktuelno: Why has there never been a reaction from the prosecutor's office and the competent authorities in Serbia, despite everything you have made public?

The judiciary is in the clutches of politics. The state uses the Church to cover up its hogwash and to compensate for the decaying social and moral system. Such cases are excellent blackmail material, and today in Serbia, politics and the church are the fingers of the same criminal hand. They legalized a repressive system that suffocated Serbian youth.

Aktuelno: Why does no affair have an epilogue?

The answer is whether Serbia is a country “tailored” to its citizens? It's not. Serbia for long time had governments that live by “corrupting the destitute people”. Everything will be resolved when Serbia votes between good and evil, and not between two evils. But my personal opinion is that it will be a long time before that happens. According to Aleksa Šantić (famous serbian poet), “cattle suffer the yoke, not the people”.

Aktuelno: It is often written and talked about covering up pedophile scandals in Serbia, BiH, but also in Montenegro, hiding suspicious priests of the Serbian Orthodox Church…

And often and for a long time. Only police and judicial authorities can put an end to that. Documents and testimonies are ready, everything is already outside Serbia and it is easily accessible. If your organs remain silent, they will be accomplices in a decade-long crime. Now you hawe to show that you are a legitimate candidate for the EU and prosecute the bishops whose targets are children.

Aktuelno: Two days ago, based on your testimony, we wrote about the priest Nikolaj Stamatovic who was recently expelled from Montenegro. Are there other priests like Stamatovic who are hidden in Montenegro?

Pedophilia in the Serbian Orthodox Church is widespread from the United States to Russia. Your competent authorities will see all this, of course, if they do not become accomplices.

Aktuelno: Does that mean that the citizens of Montenegro have reason to worry?

Indeed, pedophiles never attack once. Unfortunately, I witnessed the unfortunate event that a boy from Montenegro was the victim. Sad. If you behave as shamefully as Serbia did and let them get away with it, or make a deal with them, then you should listen to them tell you the Gospel of Vucic (serbian president) and Irinej (SOC patriarch) and watch them heartily and clap when they bite you like piranhas. You should ask the Blazanovic family who sent the child to the monastery safe and sound, and without explanation, to this day, they returned him in a metal box without a head, arms and legs. He was raped first and then killed, the evidence is with me. No one from the Church ever came to express condolences.

Aktuelno: How do you view the events in Montenegro after the adoption of the Law on Freedom of Religion?

Part of your population is under the influence of Serbian reality propaganda that imposes an attitude and opinion. They are trying to transfer your efforts to clear up certain things to the historical purgatory, to the field of politics. You should now first work on national reconciliation so that people understand that Montenegro is not at war with the church but with people who have adapted the institution to their selfish needs and who have been taught to wage profiteering wars and live patriotically only when they need to trade national interests. All their statements are full of hatred and fear and best show how much the Serbian spirit has disintegrated and why we Serbs cannot overcome life and national problems. Their actions are a social shame and a religious debacle.

Aktuelno: What is your position on the issue of religious walks (“litije”), which the Serbian Orthodox Church has been organizing for half a year with short breaks?

Those who organize it are the same as the Sicilian mafia that finances Caritas. Will the mafia get forgiveness, it will not, because of the intention. Here, too, the intention is different, and the people are used only as cheap flea market goods to fulfill the selfish goals of the bishops and the spheres of interest behind the Serbian Orthodox Church. That should be revealed, but first we need to determine what we need, and then we will inform the public, if you are not late. 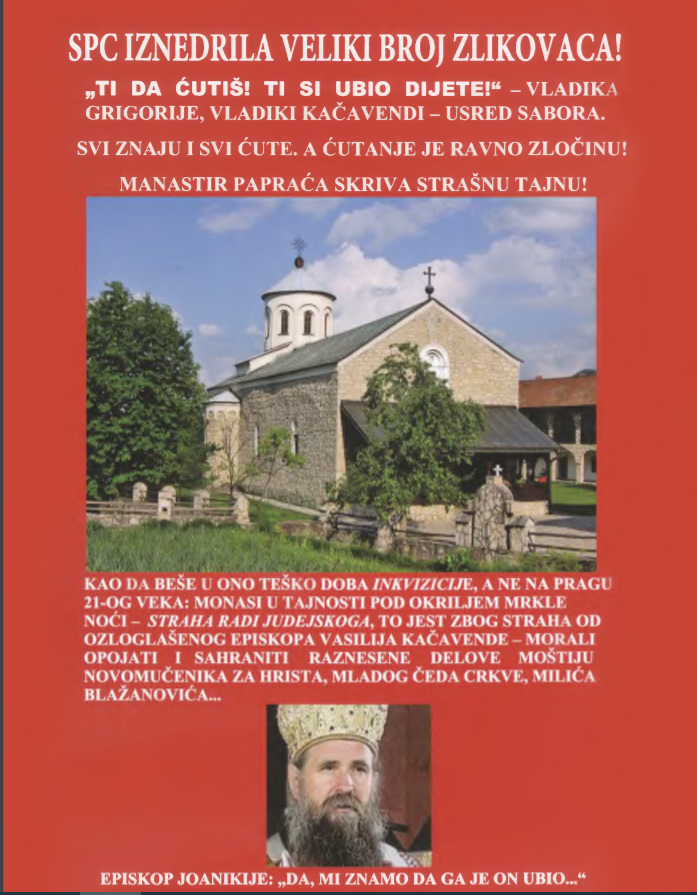 Aktuelno: What exactly do you mean?

I had an insight into the document that some right-wing organizations will try to relice in public in favor of the Serbian Orthodox Church to destabilize Montenegro before the elections. That paper can be reached. It's up to you.

Aktuelno: The top of the Serbian Orthodox Church, especially Patriarch Irinej, often makes serious accusations in public against Montenegro and its officials. How should we interpret such statements of the patriarch?

It is difficult to say whether this is a series of shameless contradictory public messages, or ignorance of a man in such a high position, or insolence based on a severe underestimation of the common sense of the vast majority of the Serbian people. But he will not be a patriarch for long. He and a group of bishops who have severely compromised such an important institution, will soon be replaced. If Serbia does not prosecute them, then it will have to arrest itself.

Aktuelno: In the end, we have to ask you – given that you have made very serious accusations against the leaders of the Serbian Orthodox Church and the Serbian government, do you have evidence in the form of documents that would support your claims?

Testimonies, expert reports, documents, evidence – everything is ready! My struggle was difficult at first because it was a struggle against a system that has enormous intelligence and financial power. I was attacked by their dogs of war and peace hyenas who knew how to smell danger, but not their end. My voice was heard far away, I received great support, we will talk about that later. A film about pedophilia in the Serbian Orthodox Church will soon be finished, which will be shown all over the world and which will bring the whole truth about the murder of a child in the Serbian Orthodox Church monastery. The film tells the story of the victims of priests who were raped and who suffered severe psychophysical damage. Your police and judicial authorities will witness the world's biggest frauds committed by the Serbian Orthodox Church, and then your citizens. To see how the Serbian Orthodox Church fights for saints and what saints are for them. You will also see papers on how the government of Aleksandar Vucic participated in covering up pedophilia. He who does not celebrate the Passion does not receive the Resurrection.